1 hours, 7 minutes
Episode 5, or the Christ Show episode of the Jesus Chatline.

The Christ Show was the original Jesus Chatline that aired on Public Access TV in 1984, hosted by Rick and Chad. This episode features the origin of Steven Chilton, appearing on the show as special guest Steve because of a community service court order for stealing from his local grocery mart. 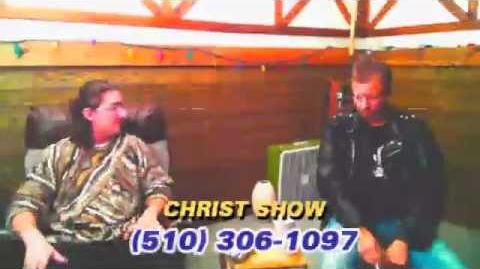 Retrieved from "https://neonbible.wikia.org/wiki/Episode_5_(Christ_Show)?oldid=5210"
Community content is available under CC-BY-SA unless otherwise noted.